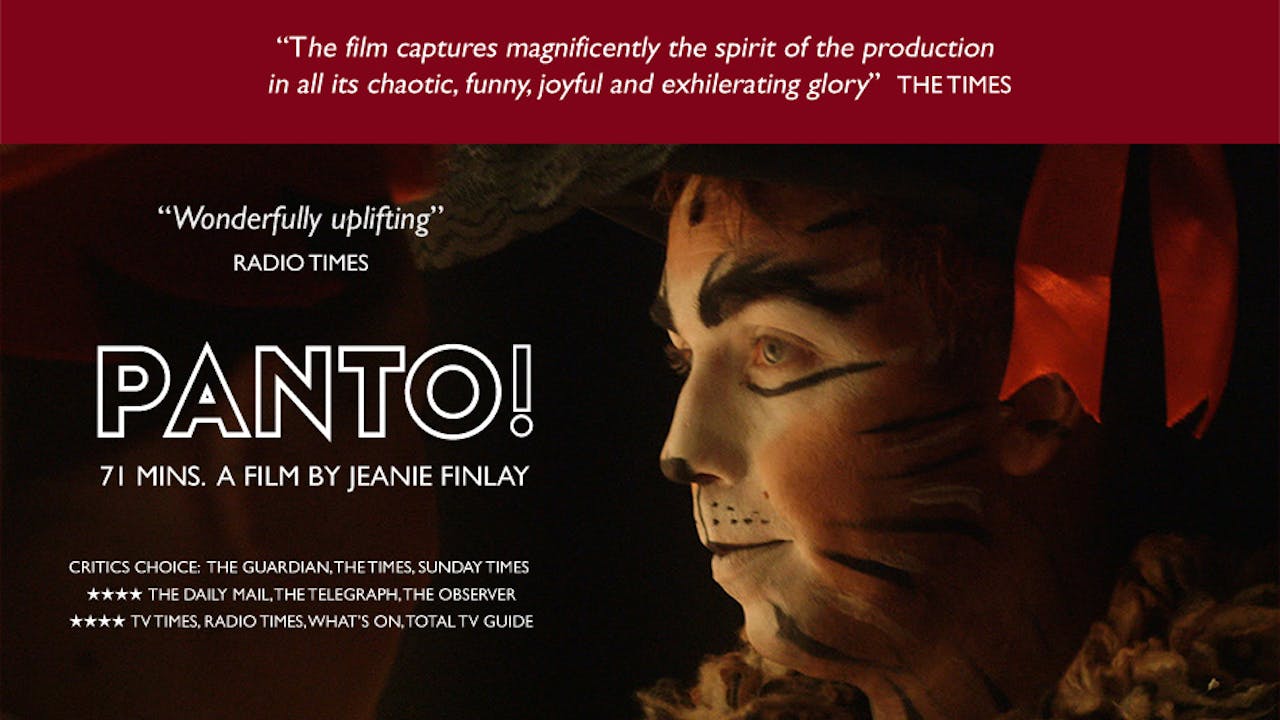 “The film captures magnificently the spirit of the production in all its chaotic, funny, joyful and exhilerating glory” THE TIMES
“Wonderfully uplifting” RADIO TIMES “Funny and poignant” THE GUARDIAN
CRITICS CHOICE: THE GUARDIAN, THE TIMES, SUNDAY TIMES ★★★★, DAILY MAIL, THE TELEGRAH, THE OBSERVER ★★★★, TV TIMES, RADIO TIMES, WHAT’S ON and TOTAL TV GUIDE

Pantomime is a hilarious, heartfelt and heart-breaking documentary portrait of the longest running and lowest budget pantomime in Nottingham.
It’s a distinctly British drama, following an assorted cast of amateur troubadours as they strive to put on a show.
Panto! tells the compelling story of how a small community theatre fights to keep afloat in austere times and the importance that performing plays in people’s lives.
Pantomime has endured for five hundred years but it may not survive the recession at The Nottingham Arts Theatre…

Panto! reveals the characters behind the grease paint, the pleasure of shouting “it’s behind you”
at the top of your voice and the enduring magic of going to the theatre at Christmas.
Broadcast on BBC Storyville as Panto: Mayhem, makeup and Magic